Brown rice is a rice which has not received the last mechanical processing, the "whitening" and therefore it still has the last external layer on the grain, called "aleuronic".

This layer is characterized by having nutrients such as vitamins and lipids, adding nutritional value to the rice and reducing the percentage of sugars (starch) on the weight. Taste is also greatly influenced, leading each variety to have its own and characteristic one.

Moreover it is also home to natural pigments which in case of varieties such as Venus and Hermes, lead to real and proper colorations of grains which we remember are completely natural.

Generally consumed boiled as an accompaniment to dishes of vegetables or fish, they require a longer cooking time than white rice.

Sort by:
Best sellers Relevance Name, A to Z Name, Z to A Price, low to high Price, high to low
Showing 1-3 of 3 item(s) 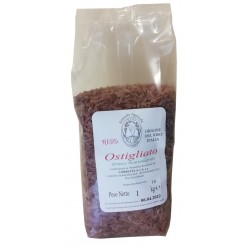 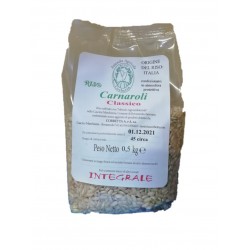